ORLANDO, Fla.- When school is out for the summer, fewer critical resources are available for Central Florida’s growing population of homeless children. To fill this need, the City of Orlando partnered with Fifth Third Bank for Summer of Dreams, a free, 10-week program that provides homeless students with meals, academic enrichment, mentoring and school supplies, as well as financial counseling for parents and students.

More than 1,100 homeless children in Central Florida were impacted by Summer of Dreams this year, bringing the total number of students served since 2011 to 7,881.

As part of the program, Mayor Dyer worked alongside Fifth Third Bank employees, community volunteers and participating homeless youth during the summer to help pack backpacks filled with school supplies for the children.

“This summer, the Summer of Dreams program continued to ensure that the children most in need in our community stayed both healthy and prepared for the academic year,” said Orlando Mayor Buddy Dyer. “Through our City youth programs, we are focused on providing opportunity to our youngest residents and Summer of Dreams is a key part of our efforts to give children safe places to flourish as well as educational assistance.” 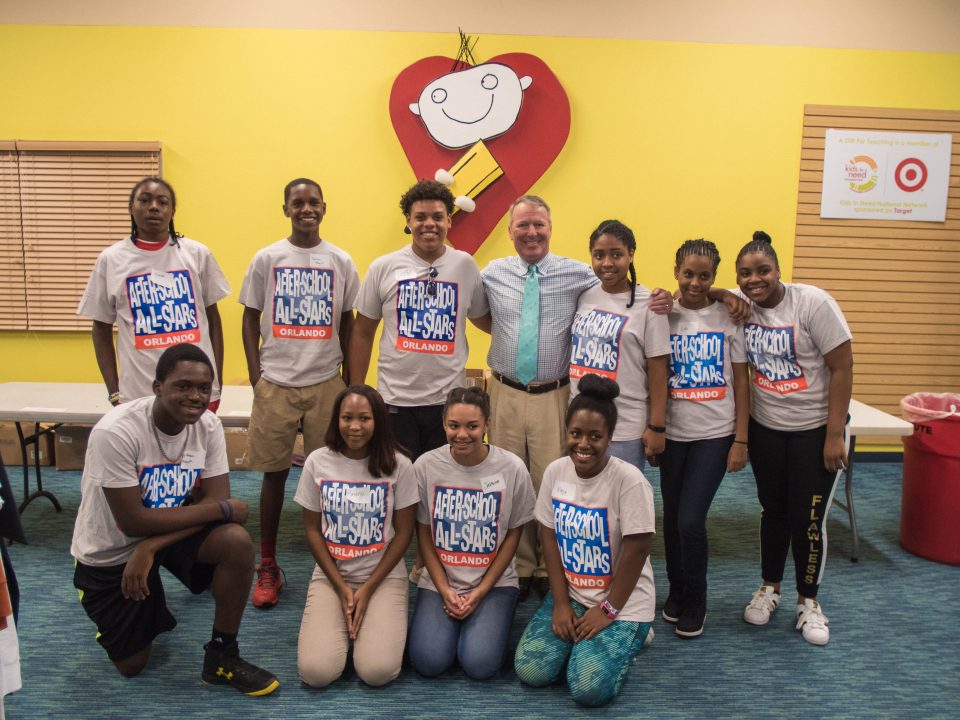 “We believe that an ongoing investment in our community can make a meaningful impact. And feeding the hungry and homeless is one of the bank’s foundational community priorities,” said Barb Scherer, Fifth Third Bank’s North Florida regional marketing director. “We’re proud of the collaborative effort of all of these organizations that resulted in a safe place for children to go this summer.”

To learn more about sponsorship opportunities for 2017 or how to get involved, visit www.TheSummerofDreams.com.

Fifth Third Bancorp is a diversified financial services company headquartered in Cincinnati, Ohio. The Company has $144 billion in assets and operates 1,191 full-service Banking Centers, including 94 Bank Mart® locations, most open seven days a week, inside select grocery stores and 2,541 ATMs in Ohio, Kentucky, Indiana, Michigan, Illinois, Florida, Tennessee, West Virginia, Pennsylvania, Georgia and North Carolina. Fifth Third operates four main businesses: Commercial Banking, Branch Banking, Consumer Lending, and Wealth and Asset Management. Fifth Third also has an 18.3% interest in Vantiv Holding, LLC. Fifth Third is among the largest money managers in the Midwest and, as of June 30, 2016, had $305 billion in assets under care, of which it managed $26 billion for individuals, corporations and not-for-profit organizations. Investor information and press releases can be viewed at www.53.com. Fifth Third’s common stock is traded on the Nasdaq® Global Select Market under the symbol “FITB.” Fifth Third Bank was established in 1858. Member FDIC, Equal Housing Lender